not really an update 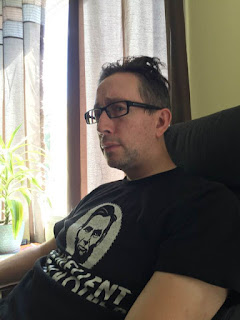 I need a place to post pics so they can be used for ESPN.  We still drink 365 beers, but we no longer blog about it.  Be interesting to see if anyone still finds this blog...
Posted by Gus at 9:34 AM 1 comment: 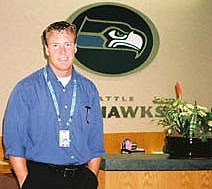 Found a sweet picture of good ol days thiemens that has to be the new image for my fantasy team as I beat him this week.

Finally updating the 365 Beers blog. Not sure if there will be room for the NOSE blog too, but if the other starts to expand beyond beer related stuff, this one could get resurrected.

What's up peeps? Long time no write....
I just wanted to pop in and say that Rip City is alive and well in the city of Portland. The Trail Blazers are on fire right now! B. Roy is basically the fookin MAN and cannot be stopped. Rudy is insane from beyond the arc and gives them a very dangerous outside presence while their other star rookie, the Odenator himself, has really came into his own and is truly starting to dominate down in the post. L.A. is looking better lately after a little bit of a slow start. Outlaw is still the shiz and gives them some firepower off of the bench. The youngster, Nic Batum, has surprised just about everybody with his play. The Vanilla Gorilla is having his best year ever and is a beast down low and on D; and we don't even have Martell back yet.
I'm keeping my fingers crossed for a title within the next two years. I would party my ass off if that happened. I'd would get absolutely hammered and possibly get naked. But no rioting for me, I'm not gonna go out like a Phillies fan (Stay classy Philadelphia).
Posted by n8 b at 6:12 PM No comments:

If you thought I wasn't bloggin much before, wait til Halo 3 comes out next week. The only time I'll be touching a computer will be if I need to look something up not available on the 360.

That being said, I found some wonderful links I thought I would pass along regarding Rooster Teeth productions and Red vs Blue, the popular series of halo comedy (or machima as I just learned it is called). No one reads this, so they are more just a list of links for me to refer back to, but here you go just in case.
http://rvb.roosterteeth.com/home.php
The home page
http://www.tomsgames.com/us/2005/09/24/the_cult_of_red_vs/
Article about Red vs Blue and their popularity
http://halo.wikia.com/wiki/Halo_3#_note-1
http://halo.wikia.com/wiki/Red_vs_Blue
The Halo 3 wiki (like wikpedia, but halo only) and the Red vs Blue link
Posted by Gus at 2:56 PM No comments:

Halo 3 comes out in September. I fuggin can't wait. It just passed 1 million pre-orders and there was a new article in EGM along with a killer ad.
halo3.com
1up.com/Halo 3

He's received the highest commendations for bravery. Countless decorations for honor and selflessness. But Master Chief's greatest achievement reaches far beyond what any medal could ever hope to commemorate.

For the men and women of the 26th century, he is a human embodiment of possibility, the last Spartan standing against an angry tide. This strength of spirit is forged through his legend.

Jericho VII. The Battle of Reach. High Charity. Tales rife with sacrifice and courage. Tales that grow, flourish, and inspire.

And while he shapes his own history, he in turn shapes the history of all who follow.

For no matter what horrors are released upon the day, they cannot match the reply of soldiers emboldened with his spirit, an army of Master Chiefs unto themselves. BELIEVE

There is also a lot of good info here:
http://www.xbox360fanboy.com/category/halo-3/
including a cool case for holding controllers and games. I think I might geek out and get all this shit, who knows.
Posted by Gus at 11:07 AM No comments:

God was missing for six days. Eventually Michael, the Archangel, found him, resting, on the seventh day. He inquired of God. "Where have you been?"
God sighed a deep sigh of satisfaction, and proudly pointed downwards through the clouds, "Look, Michael. Look what I've made."
Archangel Michael looked puzzled, and said, "What is it?"
"It's a planet," replied God, "and I've put Life on it. I'm going to call it Earth and it's going to be a great place of balance."
"Balance?" inquired Michael, still confused.
God explained, pointing to different parts of earth. "For example, northern Europe will be a place of great opportunity and wealth, while southern Europe is going to be poor.
Over there I've placed a continent of white people, and over there is a continent of black people. Balance in all things," God continued pointing to different countries. "This one will be extremely hot, while this one will be very cold and covered in ice."
The Archangel, impressed by God's work, then pointed to a land area and said, "What's that one?"
"Ah," said God, That's Washington State, the most glorious place on earth. There are beautiful mountains, rivers and streams, lakes, forests, hills, plains, and coulees. The people from Washington State are going to be handsome, modest, intelligent, and humorous, and they are going to be found traveling the world. They will be extremely sociable, hardworking, high achieving, and they will be known throughout the world as diplomats, and carriers of peace."
Michael gasped in wonder and admiration, but then proclaimed, "What about balance, God? You said there would be balance."
God smiled, "There is another Washington...wait until you see the idiots I put there."
Posted by Gus at 9:05 AM 1 comment: